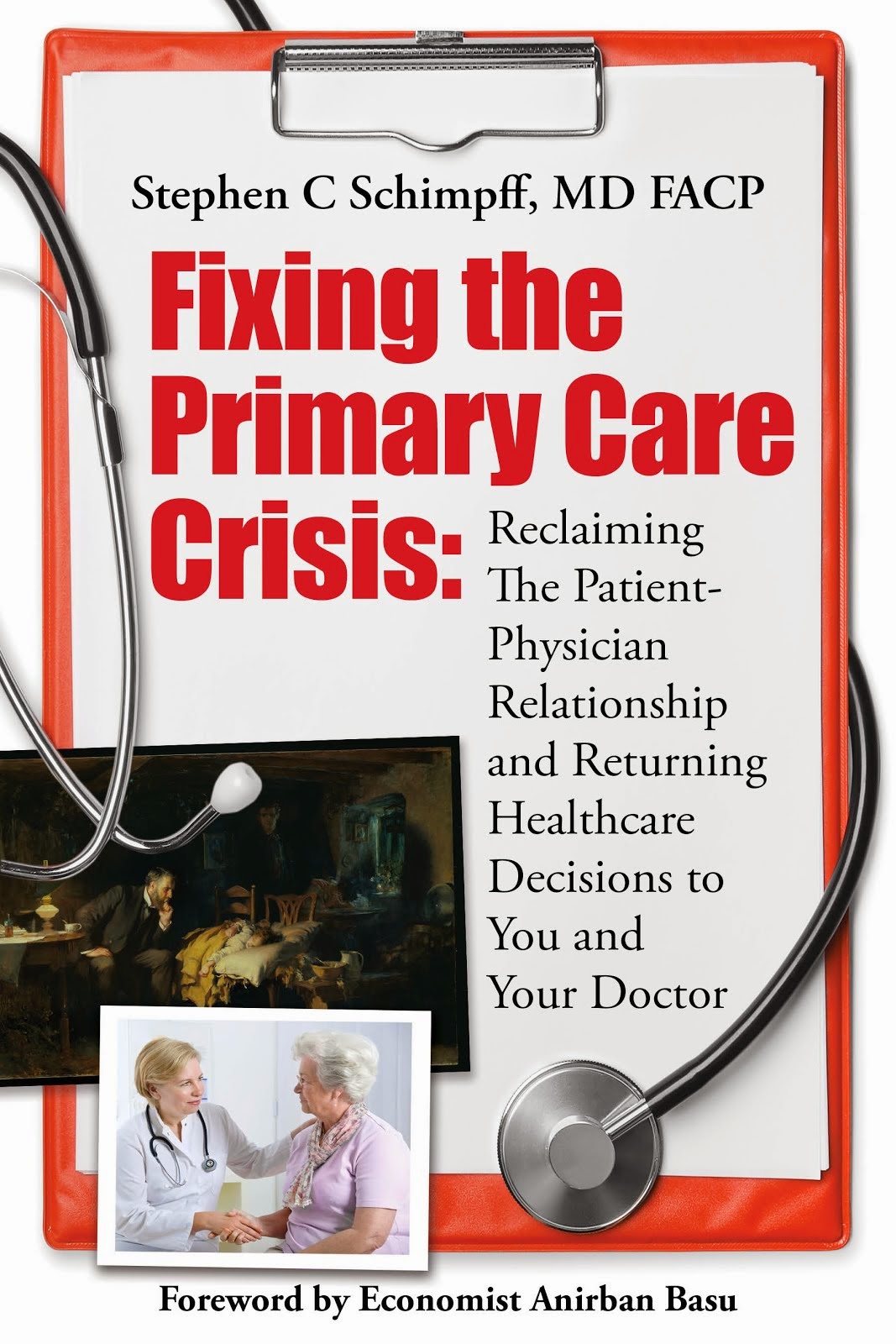 Lack of Listening is the Core Problem in American Health Care

The Crisis in Primary Care – Part 4

There is and will be a need for many more primary care physicians (PCPs).Why? There is a shortage now and it will be exacerbated in the coming years for at least four reasons. The population is growing, the population is aging and there will be more individuals with health care coverage as a result of the Affordable Care Act (“Obamacare”). I believe that the need will be much greater than the estimate of 52,000 in 2025 as proposed recently in the Annals of Family Medicine. The authors did not address this fourth and particularly important reason driving a need for more PCPs.  If PCPs actually cared for only a reasonable number of patients, perhaps 500 to 1000 (depending on demographics) rather than today’s common 2500+,  such that they no longer were seeing 24-25 or more patients per day in their offices, then the need for more PCPs would be much greater. With fewer patients seen per day, the PCP can then spend the time needed to listen, to prevent, to coordinate and to think – four key activities that they often are not able to do effectively today. This drives a need for substantially more PCPs.
The need is not to graduate more total medical students but to make primary care desirable as a medical professional career. This means overcoming the current non-sustainable business model so that graduates once again will select primary care.
Here is an example of the value of a primary care physician being able to take the time needed to thoroughly listen to a patient and assess the situation. The PCP saw a lady one day that he had known for many years. She was always very enthusiastic and very articulate. One day she came in for a routine visit. The PCP noticed that her speech patterns were slightly different than he remembered from the past. No one who did not know her well nor anyone who had only a brief conversation would have recognized her speech as changed. She was unaware and felt fine. The changes were subtle but they were clearly changed in his mind. The rest of the history was unremarkable. He did a neurologic exam which was also unremarkable. But he was certain that something was amiss. So he ordered an MRI of her brain. Her insurer refused because she had no specific indications with an otherwise normal history and examination. He had to call multiple times and explain his rationale; finally the insurer relented. The MRI showed a primary brain lymphoma – treatable, probably curable.
The message is simple. The PCP knew his patient well and because he had the benefit of an extended visit time he was able to notice the subtle changes in her speech pattern. His skill combined with a long history with his patient and adequate time made all the difference and probably saved her life.


Compare that experience to the following story sent me recently.


“My mother's "real world" story is mostly about a cardiologist but touches on the very problem you describe about PCPs in a brief but pointed way.


“I took my mother to the cardiologist this week. He spent a good amount of time with her, mostly listening, trying to figure out her medical issue. Once he thought he'd hit upon what was causing the problem and the solution (which happily, did not involve a drug or surgery but behavior modification), he said he'd call her internist who she has been seeing for many many years to tell him about the discussion. My mother waved her hand dismissively and said, "He doesn't know me." The cardiologist looked surprised and a little confused but I understood. My mother was saying that her internist had not spent time listening to her and getting to know her unique situation like this cardiologist had done.


“My usually non-compliant and defiant mother called me the morning after her appointment to report she had done what he recommended and would continue to do so. His unhurried gentle questioning, sympathetic listening and obvious desire to figure out how to help her is what made my mother trust him. I felt that my mother had actually consulted with a physician - a healer.”


There is both a good and a not so good side to this story. The good is obviously that the cardiologist listened to her and then developed a plan of action – with her and her daughter - that she could accept and follow. The not so good or even most unfortunate is that she felt her PCP that she had visited for many years didn’t really know her – because he did not listen.


When doctors do not have enough time to really listen the result is that they do not listen. A study from 1984 of primary care physicians observed throughout patient visits revealed that the doctor interrupted the patient within 18 seconds on average. Relating to this article, Koven commented on KevinMD “In only 17 (23%) of the 74 visits was the patient provided the opportunity to complete his or her opening statement of concerns. In 51 (69%) of the visits the physician interrupted the patient's statement and directed questions toward a specific concern; in only 1 of these 51 visits was the patient afforded the opportunity to complete the opening statement.”  This is not only remarkable but a sad commentary on the short visit and the lack of attention by physicians to actually listening to the patient.
This lack of listening is the core care problem in American healthcare today. It is prevalent, pervasive and getting worse, not better. It is the inadequate income per patient (by whatever payment system – fee for service, capitation, etc. -- is used) that is driving the lack of listening. Today the PCP sees too many patients for too little time each. Until the payment system is corrected and, in return, doctors get back to listening, healthcare will not be true care and certainly not healing. Call this a future combination of shared rights and responsibilities – the doctor earns a decent income in return for offering superior care to a reasonable number of patients. This would be a good balance all around. And although primary care would cost more, the total cost of care would come way down.


My next post in this series will address the “paradox” inherent in today’s American medicine.
Posted by Stephen C Schimpff, MD at 4:36 AM

So true! Thanks, Dr. Schimpff, for your right-on diagnosis of our profession.

Docs don't have the time to listen to patients, but even if they did, few know how to do it well.

Skilled listening is useful for accurate diagnosing, but it can also treat emotional suffering.

If we limit our work to simply diagnosing and treating physical illness in a rushed atmosphere, we're no longer physicians, but technicians working an assembly line.

I am an internist - I am a doctor. Go ahead - take away all the tests and imaging since the 1950's. Give me my light, my stethoscope, my mind and my hands. Give me enough time with my patient. I have diagnosed some pretty rare birds this way - onset of AIP, GBS, Crohn's. "Dia-gnosis" from Greek means "through-sight," roughly. The patient encounter is the ONLY critical element in the practice of medicine, and the cheapest.
For some reason, our society wants to crush the encounter into dust, for the sake of efficiency. Go ahead! But let's be honest about it. If we know that all our current and pending reforms cruelly impacts the true care of the sick, our civilization no longer cares much about the care of the sick. If we wish to allow the Dark Ages to return, we should at least be honest about it.
We can return to ignorance; we can return to magical thinking. But the price of erasing humanity, is erasing Humanity.


Hey, very nice site. I came across this on Google, and I am stoked that I did. I will definitely be coming back here more often. Wish I could add to the conversation and bring a bit more to the table, but am just taking in as much info as I can at the moment. Thanks for sharing.

This was a very meaningful post for me. Thank you.

Thanks you and I admire you to have the courage the talk about this,This was a very meaningful post for me.Thank you.